on June 14, 2015
Colossians, Chapter 3, Verse 22
Slaves, obey your human masters in everything, not only when being watched, as currying favor, but in simplicity of heart, fearing the Lord.

Paul reminds the Colossians as he did the Ephesians that we serve Christ not the rulers of this world but because the rulers are also sons of God we should obey them.

Today is Flag Day; it is the day we honor the flag of our country. In the military of which I was a member for 22 years all flags fly below the US flag except the church flag on Sundays which was raised as a basic reminder to us that we owe our highest loyalty to God. I served my country with simplicity of heart and put all my efforts up to Christ as an offering using the frame of mind that ultimately I worked for Him. 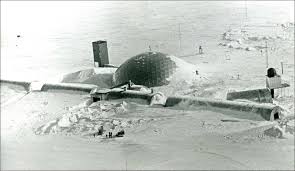 One of my greatest challenges mentally and physically was when I was a member of a crew of engineers that finished the construction of the South Pole Station.  I recorded my service there in a book entitled, “The Ice is Nice and Chee Chee is Peachy.”

Here is an reflection I recorded earlier but it bears repeating today on Flag Day.

Father John Parks  states that the flag we choose to live under determines everything.

He asks, “Whose flag are you under? Do we consciously choose to serve or do we just let it happen? We have a choice here and indecision is a decision itself. Who’s flag will you follow Christ’s or Satan’s. True freedom comes not from doing what you want but doing the things you were created to do.


Father John recommends we follow the flag of Christ (poverty, chastity, obedience) and not that of Satan (greed, lust, pride) by having a battle plan.