Matthew, Chapter 25, verse 24-25:
24 Then the one who had received the one talent came forward and said, ‘Master, I knew you were a demanding person, harvesting where you did not plant and gathering where you did not scatter; 25so out of fear I went off and buried your talent in the ground. Here it is back.’

Christ is always trying to draw us away from fear to having a relationship of love and peace with the Trinity. For if we live our faith in fear we will be like the person who buried his only talent. We must if filled with the love of Christ go forth bravely to build Christ Kingdom in our own spheres of influence and in our way of being.

The church recognizes that fear slowly creeps into our lives and makes changes in the liturgy to renew us and avoid sinfulness. One of the corrections that the church made in the liturgy change of 1969 was the obligation for Catholic’s to fast on Ember Days.

We are a priestly people and as such we should also during these days reflect and pray asking our Lord on how he wants us to use our time, talent and treasure.

Ask our Lord how he wants you to spend your time during this season assisting our priests today.

Today also marks the beginning of the O Antiphons, the seven jewels of our liturgy in preparation of Christ.

The "Octave" Before Christmas and/or the Golden Nights

With each new Sunday heightening our sense of anticipation and with every Advent custom doing the same, it is little wonder that the eight days before Christmas became a semi-official octave of impatient expectation. This is expressed liturgically in the Divine Office's special magnificat antiphons for this period. Beginning on the evening of December 17 during Vespers, a "Greater" or "O" antiphon (so named for its opening vocative) is said which explicitly invokes the Son of God under various titles and begs Him to come. The Gregorian chant for these antiphons is exquisite, as are the antiphons themselves, which call attention to the Word's different manifestations to man in the Old Testament and to several of His divine attributes. The antiphons are also noteworthy for their "code." The titles for Christ from each antiphon form an acrostic which, when read backwards, spells, "ERO CRAS" -- "I will be [there] tomorrow!" It is as if Christ were answering our prayers through the prayers themselves. Finally, the Greater antiphons are the inspiration of the beautiful medieval hymn, Veni, Veni Emmanuel. Each stanza of this famous song is a poetic rendering of an antiphon, which is why the hymn is traditionally sung only during the eight days prior to Christmas.
In many places, however, the octave of preparation was extended over nine days, making a Novena. By special permission, the "Golden Mass" of Ember Wednesday was sometimes offered in the pre-dawn hours for nine consecutive days prior to Christmas. Central Europe observed the "Golden Nights," a festive season honoring the Blessed Virgin, the expectant Mother of God; in fact, December 18 was once the Feast of the Expectancy in Spain. In the Alps, schoolchildren observed the custom of Josephstragen -- "carrying St. Joseph." Each night, a group of boys would carry a statue of St. Joseph to another boy's home. The night after the visit, the boy who had been visited would join the procession, making the number of carriers grow progressively larger. On Christmas Eve all the boys, accompanied by schoolgirls dressed in white, would process the statue through the town to the church, where it would be placed near the manger. In Latin America, on the other hand, a Novena to the Holy Child (La Novena del Niño) was held in which prayers would be said and lively carols sung in front of the church's empty manger.[1] 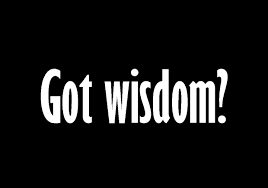