Saturday of the Seventh Week of Easter ST. RITA OF CASSIA-BIO Day   Daniel, Chapter 3, Verse 90 Bless the God of gods, all you who...

Deuteronomy, Chapter 31, Verse 8
It is the LORD who goes before you; he will be with you and will never fail you or forsake you. So do not fear or be dismayed.”

For as the heavens are high above the earth, so surpassing is his kindness toward those who fear him.

The Lord our God calls us to His service. This is the message of St. Therese of Lisieux that we are all called and we should have great confidence and humility seeking to bring the kingdom in small ways and asking our Lord to multiply our efforts.  The greatest way we can bring about the Kingdom is in our own families. This is the reason Pope Francis made such efforts to attend the family symposium in Philadelphia in 2015. Yes, families are under attack from a secular world, a media that continually pushes instant gratification and sensuality and of course Satan and his followers.
The final battle between the Lord and the reign of Satan will be about marriage and the family. Don’t be afraid because Our Lady has already crushed his head and anyone who works for the sanctity of marriage and the family will always be fought and opposed in every way. (Sister Lucia of Fatima)

Our Lord will not abandon us and tells us to trust in him.

Entrust everything to Me and do nothing on your own, and you will always have great freedom of spirit. No circumstances or events will ever be able to upset you. Set little store on what people say. Let everyone judge you as they like. Do not make excuses for yourself, it will do you no harm. (Diary of Sister Faustina, 1685) 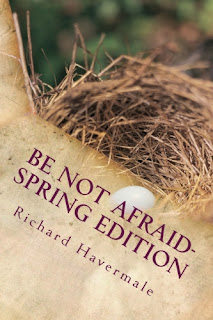 Aids in Battle[1] When the enemy seeks to discourage

When dismayed or grieved let these scriptural promises lift up your soul in trust and hope. Listen to our Lords words of encouragement, and consolation.


·         Because children have blood and flesh in common, so He in the same way has shared in these, so that through death He might destroy him who had the empire of death, that is, the Devil; and might deliver them who, throughout their life, were kept in servitude by fear of death. Heb 2: 14– 15
·         Christ has risen from the dead, the first-fruits of those who have fallen asleep. For since by a man came death, by a man also comes resurrection of the dead. For as in Adam all die, so in Christ all will be made to live. But each in his own turn, Christ as first-fruits, then those who are Christ’s, who have believed, at His coming. Then comes the end, when He delivers the kingdom to God the Father, when He does away with all sovereignty, authority, and power. For He must reign until “He has put all things under His feet.” 1 Cor 15: 20– 25
·         You shall not fear them; for it is the LORD your God who fights for you. Dt 3: 22
·         You draw near this day to battle against your enemies: Let not your heart faint; do not fear, or tremble, or be in dread of them; for the LORD your God is He that goes with you, to fight for you against your enemies, to give you the victory. Dt 20: 3– 4
·         No evil will befall the man who fears the LORD, but in trial He will deliver him again and again. Sir 33: 1
·         I give them everlasting life, and they shall never perish, neither shall anyone snatch them out of my hand. Jn 10: 28