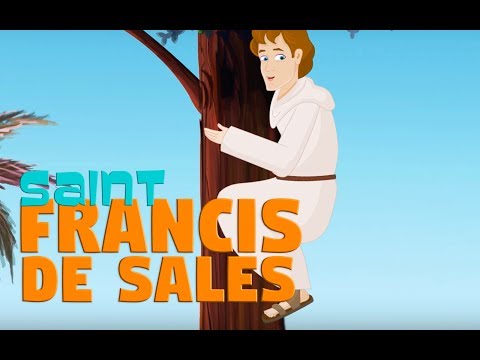 This book consists of a collection of speeches, proclamations of punishment and of salvation, attributed to the prophet Micah which consists almost entirely of prophecies of punishment, and prophecies of salvation. The second section moves from prophecies of punishment to confidence in God’s salvation. Micah was a contemporary of the prophet Isaiah. His prophetic activity was during the reigns of three kings of Judah: Jotham, Ahaz, and Hezekiah. It identifies him as a resident of Moresheth, a village in the Judean foothills. Micah during the reign of Hezekiah went from his small town to proclaim the word of the Lord in the capital, and his announcements of judgment against Jerusalem moved the king and the people to repentance. Unlike Isaiah, who was a native of the holy city, Micah was an outsider from the countryside and must have been a controversial figure. He would have been unpopular with the leaders whom he condemned and the wealthy whom he criticized. He was quick to separate himself from priests and other prophets, whom he considered to be corrupt.

Tradition considers all of the words to be the recorded speeches of Micah, and some contemporary commentators agree. On the other hand, some modern scholars have thought of Micah as exclusively a prophet of doom, and therefore attributed as few as three of the seven chapters to him. The Book of Micah is focused on Jerusalem, Zion, and the Judean leadership. The Micah who speaks in this prophetic book knows the tradition that Zion is the Lord’s chosen place, but he is critical of the popular view that this election ensures the city’s security. Through the prophetic voice, the Lord announces the impending punishment of God’s people by means of military defeat and exile because of their failure to establish justice. After that punishment God will bring the people back to their land and establish perpetual peace. The will of God for human beings is that they do justice, love goodness, and walk humbly with God.[1]

Micah, Chapter 6, verse 9-10:
9 The LORD cries aloud to the city (It is prudent to fear your name!): Hear, O tribe and city assembly, 10Am I to bear criminal hoarding and the accursed short ephah?

Israel was the chosen people yet they did not fear the Lord. God asks through the prophet a rhetorical question. Is He to bear criminal hoarding and cheating during the sale of goods?

We are to be sons and daughters of God. We must be generous as He is generous. A great example for us to aspire is Mother Teresa who showed us how mercy is the only way to find contentment through selflessness. “She chose to live amid squalor and sickness and desperation, endured hardship and endless toil, and might have been the happiest person on earth.” Mother did not flee from the Lord; nor did she fear anyone. When the Lord called her; she knew the call was authentic because it filled her with joy. The first counsel of Mother Teresa is to put your hand in His and walk all the way with Him. When you hear the call to follow: follow. To Mother Teresa it was never more complicated than that. To her care of the dying was the purest expression of love. Who around you is dying-physically, emotionally or spiritually? Love might not heal every wound of disease but it heals the heart. McCain notes that Mother Teresa showed that rather than chasing ambition the greatest contentment comes from having a foundation of love. “She loved and was loved, and her happiness was complete.” [2]

The will of God for human beings is that they do justice, love goodness, and walk humbly with God

Criminal hoarding, cheating, bribing, shorting on scales and skimming are all signs of a person consumed by greed. As things become more important than people wars and genocide can ensue. One example is the horror of Rowanda. In Rowanda authorities played on popular fears and greed, some people picked up their machetes and came readily.

John McCain in his book Character is Destiny examined the character traits exemplified by Roméo Dallaire who in 1993, was appointed Force Commander for the United Nations Assistance Mission for Rwanda (UNAMIR), where he witnessed the country descend into chaos and genocide, leading to the deaths of more than 800,000 Rwandans. When the rest of the world looked away, he stayed behind in a manmade evil for the sake of duty and justice. Dallaire was in charge of a small overwhelmed African peacekeeping force, he could have left but he refused and witnessed the genocide. He is ashamed he could have not done more and the reaction of the world that stood by for 100 days doing nothing allowing the devil to reap carnage, terror and hopelessness. Dallaire was the one candle in a darkened room of despair created by the collective failure of mankind’s conscience along with the apathy and deceitfulness of world governments toward Rowanda’s plight. McCain writes of Dallaire dilemma:

The U.S. government, our allies, and the United Nations went to extraordinary and ridiculous lengths to avoid using the term, aware that once genocide was acknowledged, they would have to act. Day after day, long night after long night, for over three months, more men, women, and children were added to the rolls of the victims by their hate-crazed persecutors. Romeo Dallaire soldiered on, saving those he could and agonizing over those he couldn’t, all the while begging the UN, and the world, to send more troops, to do something, anything, to help. In his telling, his mission was to keep peace; peace was destroyed by unimaginable violence, and many thousands died. He failed. He tried to convince his superiors to send him more men. He failed. He tried to get the United States and other powerful countries to listen to their consciences and help. He failed. He tried to persuade the world to stop genocide. He failed. And while many, many people who had a responsibility to stop the killings looked the other way and never had a moment of doubt or a night of troubled sleep, Romeo Dallaire took his failures very, very seriously.

·         The first and enduring lesson of the Rwandan genocide – not unlike the Holocaust – is that they occurred not only because of the machinery of death, but because of state-sanctioned incitement to hate and genocide. It is this teaching of contempt, this demonizing of the other – this is where it all begins. Indeed, as the jurisprudence of the Rwandan tribunals has demonstrated, these acts of genocide were preceded by – and anchored in – the state-orchestrated demonization and dehumanization of the minority Tutsi population – using cruel, biological ascriptions of Tutsis as “inyenzi” (cockroaches) – prologue and justification for their mass murder.
·         The second lesson is the danger of indifference and the consequences of inaction. The genocide of Rwandan Tutsis occurred not only because of the machinery of death and a state-sanctioned culture of hate, but also because of crimes of indifference and conspiracies of silence. What makes the Rwandan genocide so unspeakable is not only the horror of the genocide, but that this genocide was preventable. Simply put, while the UN Security Council and the international community dithered and delayed, Rwandans were dying.
·         The third lesson is the danger of a culture of impunity. If the last century was the age of atrocity, it was also the age of impunity. Few of the perpetrators were brought to justice. Just as there cannot be a sanctuary for hate or a refuge for bigotry, neither can there be a haven for the perpetrators of the worst crimes against humanity.
·         The fourth lesson is the danger of the vulnerability of the powerless and the powerlessness of the vulnerable – the brutalized children, women victimized by massive sexual violence, the slaughter of the innocents – all the first targets of mass atrocity. It is our responsibility to empower the powerless while giving voice to the voiceless, wherever they may be.
·         The fifth lesson is the cruelty of genocide denial — an assault on memory and truth – a criminal conspiracy to whitewash the Rwandan genocide. In the most obscene form of genocide denial – as in the case also of Holocaust denial – it actually accuses the victims of falsifying this “hoax.” Remembrance of the Rwandan genocide is itself a repudiation of such denial – which tragically becomes more prevalent with the passage of time.
·         The sixth lesson is the importance of remembering the heroic rescuers, those who remind us of the range of human possibility; those who stood up to confront evil, prevailed, and transformed history.

Finally, and most important, we must remember and pay tribute to the survivors who endured the worst of inhumanity – of crimes against humanity – and somehow found in the resources of their own humanity the will to go on, to contribute and to make our society a better and more compassionate community. And so, this anniversary must be an occasion not only to remember but to learn the lessons of the crime whose name we should even shudder to mention – namely genocide – and most important: to act on these lessons.

Arbor Day is a celebration of trees and their importance to providing shelter, stabilization for the ground, and beauty to the beholder. While Arbor Day is a US holiday, several other countries have adopted similar observances including Japan, Australia, Korea and Yugoslavia. In 1970, President Richard Nixon declared Arbor Day a federal holiday and it is observed the last Friday in April each year.

·         The first Arbor Day was celebrated April 10, 1872 in the State of Nebraska. More than 1 million trees were planted in Nebraska as they celebrated the first Arbor Day.
·         A single tree can absorb as much as 48 pounds of carbon dioxide per year and can sequester 1 ton of carbon dioxide by the time it reaches 40 years old.
·         Newspaper editor, Julius Sterling Morton  began Arbor Day to help bring attention to the importance of trees.
·         Since the Yellowstone Fires of 1988, the Arbor Day Foundation has partnered with the US Forest Service. Through this partnership, over 25 million Arbor Day Foundation trees have been planted.
·         The best time to plant a tree is twenty years ago. The second best time is now. –Proverb

Arbor Day Top Events and Things to Do

Novena to the Holy Face begin on Wednesday Jan. 26th and end on Thur. Feb. 3rd going to First Friday the next day.

Blood of Christ, that flowed at the scourging