First Saturday ALL SOULS DAY- DAYLIGHT SAVINGS TIME ENDS Wisdom, Chapter 3, Verse 9 Those who trust in him shall understand t... 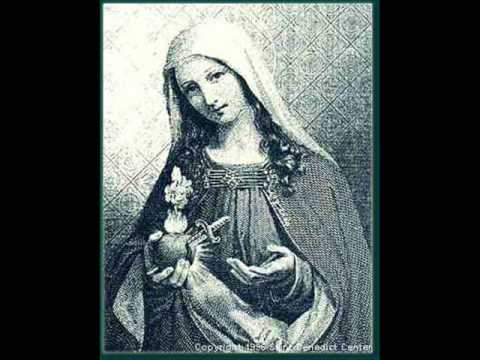 Hebrews, Chapter 2, Verse 14-15
14 Now since the children share in blood and flesh, he likewise shared in them, that through death he might destroy the one who has the power of death, that is, the devil, 15 and free those who through fear of death had been subject to slavery all their life.

The devil is the author of fear. The opposite of fear is not bravery but love. Christ showed his love for us by breaking the power of the devil by overcoming death.  He showed us His love by sharing our human nature. He asks us to love as He loved.” I give you a new commandment: love one another as I have loved you.” (John 13:34) Christ therefore restores Gods original intend to give man life eternal and voiding the death that the devil had brought into the world.

The fear of death is a fear based on the false conception that death marks the end of a person’s kindred with God. Jesus deliberately allied himself with us in order to be a merciful and faithful high priest in our behalf; expiating our sins as one who experienced the same tests as we.

Ponder this day if the Lord is calling you to the Priesthood or the religious life.

Religions and religious organizations have been responsible for a great deal of good being done in the world, from the founding of worldwide charity organizations to simply inspiring people to be kinder and humbler on a daily basis, as well as more sympathetic to the plight of his fellow man. Unfortunately, an often-observed characteristic of many religions is that their faithful often try to convert others to their faith, and when those others refuse, the consequences can be grave. From the Roman persecutions of Christians in the ancient times, to the infamous Spanish Inquisition, to the witch hunts of Puritan America, to the Islamic Jihads (or secular progressives for that matter) still occurring today, it is easy to see how dangerous religions can be if not checked, and how overzealous believers in a certain god or no god at all can be in attempting to force everyone else to believe as they do. This is why it is enormously important to make sure religious freedom is granted and protected to all, and this is why the Founding Fathers of the United States of America saw this as such.

On January 16, 1786, soon after the United States of America came into existence as a sovereign nation, the Virginia General Assembly adopted Thomas Jefferson’s landmark Virginia Statute for Religious Freedom. This statute then became the basis for what we know today as the First Amendment, which guarantees religious freedom to all people residing in the U.S.A. Every year since then, a statement is released on this same day by the president of the United States officially proclaiming Religious Freedom Day.
How to Celebrate Religious Freedom Day
A good way to celebrate Religious Freedom Day is to do some research about what life used to be like before religious freedom was protected, and every person had the right to believe as he or she chose.

·         “The Name of the Rose” is both an excellent book and an excellent movie, which quite accurately depicts what life was like during the Inquisition, and how far the inquisitors were willing to go to find and punish people they suspected of sorcery.

·         The young adult novel titled, “The Witch of Blackbird Pond” can also help one understand what it was like to be the least bit different from the rest of the villagers in 17th century New England, and just how dangerous it was to avoid church.

·         1951’s Quo Vadis, on the other hand, demonstrates how badly Christian were persecuted during the reign of the Emperor Nero in Ancient Rome.

·         “The Diary of a Young Girl”, written by Jewish teenager Anne Frank during the height of the Nazi persecution of Europe’s Jewish population is both interesting a heartbreaking when one thinks about all of the other innocent children like Anne who died horrible deaths for simply being of the wrong religion.

·         The works of Salman Rushdie could also prove to be a very insightful read, as the author himself received years of death threats after the release of his acclaimed novel “The Satanic Verses”, which was critical of Islam was published.

It could also be an interesting idea to have several of your friends of different faiths get together for coffee and discuss how positively religious freedom and the freedom to not practice any religion at all impact all of your lives and help make them better. Religious freedom is a wonderful thing, that should be fully appreciated and celebrated.

Intercession: May all who have experienced sexual abuse receive justice, healing, and God’s peace.

Reflection: Recent reports have once again exposed the terrible abuses that many have suffered at the hands of a member of the Catholic clergy. Our hearts ache for the grave harm that has been inflicted on our brothers and sisters. Words alone cannot express our sorrow, shame and disappointment that such affronts to human dignity have been carried out within our Church. It is our prayer and hope that all who have experienced abuse will find the healing and justice they so rightly deserve, knowing that they are never alone. For, “only by confronting our own failure in the face of crimes against those we are charged to protect can the Church resurrect a culture of life where the culture of death has prevailed”.

·         Fast from one meal today.
·         Seek the intercession of Our Lady by praying a Rosary for Healing and Protection.
·         Offer some other sacrifice, prayer, or act of penance that you feel called to do for today’s intention.

66. Let us consider first the love of a wife and mother. Husbands and children need the unique feminine gifts that can only come from the one who is wife and mother in the family.

67. Scripture, in many ways, acknowledges the godliness of maternal love. In the prophecy of Isaiah, God’s love is compared to that of a mother when the Lord says, “As a mother comforts her child, so I will comfort you.” (Is. 66:13)

68. To know the women saints is to know that these great saints and doctors of the Church have given witness to what is now called the “feminine genius.” Here I wish to present to you the heroic example and thought of St. Teresa Benedicta of the Cross, whose pursuit of truth and love led her to conversion to Christ and to martyrdom in the Auschwitz concentration camp. A brilliant philosopher, Teresa Benedicta contemplated God’s design for femininity remarkably. In a simple and profound sentence, she wrote, “a woman’s soul is fashioned as a shelter in which other souls may unfold.”

69. St. Teresa Benedicta also wrote, “Woman naturally seeks to embrace that which is living, personal, and whole. To cherish, guard, protect, nourish and advance growth is her natural, maternal yearning.” This uniquely feminine way of seeing the wholeness of the human person is a great gift, not only to the family, but to the world. By the presence of these uniquely feminine gifts of nurturing and relationality, a woman can be a ‘spiritual mother’ even if she does not have children of her own. If the destiny of our lives is an eternal relationship of love in the Most Holy Trinity, the wisdom of feminine love is an essential witness in family life. As Proverbs says, “reject not your mother’s teaching; a graceful diadem will they be for your head; a pendant for your neck.” (Prov. 1:8-9)

70. Dear daughters in Christ, the worth, dignity and genius inherent to you is irreplaceable in your family.

71. Ask the Lord for all the grace you need to live out your calling to holiness. Only you can offer your husband the respect that St. Paul speaks of in his letter to the Ephesians. Only you can offer the motherly love your children need. We know this even more convincingly now as recent psychological research indicates that the mother alone has the power to truly comfort and stabilize a child, especially during the first years of a child’s life.

72. I have here a challenge for you and your husband, which I offer knowing you will have to consider, in some cases, remarkable sacrifice. Be at home while your children are young. Where possible, put other work off during this time of necessary imbalance when your children need most to absorb your motherly presence and the unconditional love you more naturally provide. This time goes so quickly, and once gone, cannot be recaptured. Never doubt that there is no greater “job” in all the world than to be the first to form and nurture the mind, heart and soul of your child.

73. G.K. Chesterton, the famous English writer and convert, wrote memorably of your irreplaceable role: “To be Queen Elizabeth within a definite area, deciding sales, banquets, labours, and holidays; (…) to be Aristotle within a certain area, teaching morals, manners, theology, and hygiene; I can imagine how this can exhaust the mind, but I cannot imagine how it could narrow it. How can it be a large career to tell other people about the Rule of Three, and a small career to tell one's own children about the universe? How can it be broad to be the same thing to everyone and narrow to be everything to someone? No, a woman's function is laborious, but because it is gigantic, not because it is minute.”

74. Your prayers also carry a special weight before Him who answered His own mother’s concerns at the Wedding in Cana. Only you can love your own children from the full depth of your feminine heart. God has willed it so.

These are the ripe fruits of the mortified soul: tolerance and understanding for the defects of others; intolerance for one's own.