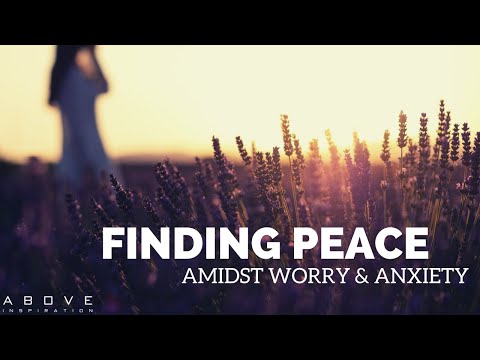 The Hebrew word translated “Judges” in the English title of the book refers not to specialized judicial officers or magistrates but to leaders in general. According to the biblical narrative these judges led Israel from the end of the conquest of Canaan until the beginning of the monarchy. The period of the Judges, therefore, extended from the death of Joshua until the installation of Saul as Israel’s first king by the prophet Samuel, who was also the last judge.

The Book of Judges begins with two introductory passages.

The first (chap. 1) gives a description of the situation in Canaan after the Israelite conquest. It emphasizes the continued existence of the indigenous inhabitants of Canaan in many parts of the land because of Israel’s inability to drive them out completely.

The second passage is a thematic introduction to the period of the Judges, describing a cyclical pattern of infidelity, oppression, “crying out,” and deliverance.

The main part of the book consists of a series of stories about thirteen leaders whose careers are described in greater or lesser detail. The exploits of six of these—Othniel, Ehud, Deborah, Gideon, Jephthah, and Samson—are related at length, and all are shown to have delivered Israel from oppression or danger. They are customarily called “major judges,” whereas the other six—Shamgar, Tola, Jair, Ibzan, Elon, and Abdon—who appear only in brief notices, are designated “minor judges.” The thirteenth, Abimelech, is included in neither group, since his story is essentially a continuation of that of Gideon and his career is presented as deplorable, a cautionary tale of royal ambition.

The final section of the book consists of two episodes, one about the migration of the tribe of Dan and the other about an intertribal war directed against the tribe of Benjamin. These stories illustrate the religious and political disorder that prevailed at the time when, as yet “there was no king in Israel”.

APRIL 26 Monday of the Fourth Week of Easter

OUR LADY OF GOOD COUNSEL

Jael went out to meet Sisera and said to him, “Turn aside, my lord, turn aside with me; do not be AFRAID.” So, he went into her tent, and she covered him with a rug.

This story doesn’t turn out well for Mr. Evil “Sisera” as god protects Israel from their enemies via women. We are now in the final stages of God’s covenant that is going to be completed via another woman, the mother of Christ.

·         Israel turns away from God again. This time they're conquered by Jabin, the king of Canaan.

·         Luckily for them, God raises up an awesome judge: Deborah, a prophetess and the only female judge in the book. Girl power!

·         Deborah tells Barak, an Israelite general, that God commands him to take 10,000 soldiers from the tribes of Naphtali and Zebulun and attack Jabin's army. She promises that God will give them victory.

·         Barak says he'll only go to battle if Deborah comes, and she does, but lets him know that it won't be him who kills Sisera, the captain of Jabin's army—it'll be a woman!

·         Barak's army kills every last one of Sisera's men—except for Sisera. He's hiding at his friend Heber's tent. Looks like things are about to get really in-tents.

The Devil and I do struggle [God said to St. Bridget], in that we both desire souls as bridegrooms desire their brides. For I desire souls in order to give them eternal joy and honor.

·         The Devil desires souls to give them eternal horror and sorrow.

·         Repentance is returning from the unnatural to the natural state, from the Devil to God, through discipline and effort. ST. JOHN THE DAMASCENE

·         Hence the Lord has said that he who has faith the size of a mustard seed can move a mountain by a word of command; that is, he can destroy the Devil’s dominion over us and remove it from its foundation. ST. MAXIMUS THE CONFESSOR

·         Do not oppose head-on the thoughts that the Enemy sows in your mind. Instead, cut off all conversation with them by prayer to God. ST. ISAAK OF SYRIA

Our Lady of Good Counsel[1]

On the Feast of Saint Mark, April 25, 1467, the people of Genazzano, Italy witnessed a marvelous sight. A cloud descended upon an ancient church dedicated to Our Lady of Good Counsel. When the cloud disappeared, an image of Our Lady and the Child Jesus was revealed which had not been there before. The image, on a paper-thin sheet, was suspended miraculously. Soon after the image's appearance many miracles were attributed to the intercession of Our Lady of Good Counsel. Because of this, Pope Paul II ordered an investigation and the results have been preserved. It was later discovered that the very same image had been seen in a church dedicated to the Annunciation in Scutari, Albania. The image in this church was said to have arrived there in a miraculous manner. Now, the image had been transported from Albania miraculously to avoid sacrilege from Moslem invasion. A commission of enquiry determined that a portrait from the church was indeed missing. An empty space the same size as the portrait was displayed for all to see. Many miracles continue to be attributed to Our Lady of Good Counsel. Pope Saint Pius V, for example, credited victory in the Battle of Lepanto to Her intercession. Several Popes have approved the miraculous image. In 1682 Pope Innocent XI had the portrait crowned with gold. On July 2, 1753 Pope Benedict XIV approved the Scapular of Our Lady of Good Counsel, and was the first to wear it.


According to the almanac today we are having a Full Pink Moon; plan to spend some with the women in your life and develop a true friendship.
Daily Devotions/Activities