Psalm, Chapter 27, verse 7
7 Though an army encamp against me, my heart does not fear; Though war be waged against me, even then do I trust. 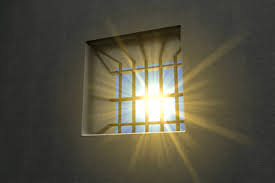 In today’s video Father Kubicki relays a story of an imprisoned Bishop in Vietnam who did have an army encamped against him and his trust and victory through Christ.

In today’s book study of Character is Destiny[1] Eric Hoffer is McCain’s example of a man who demonstrates for us the characteristic of INDUSTRY.  Christ asks us to carry our cross daily to be industrious in our living out the gospel. Hoffer was a longshoreman, author, and philosopher who explained the purpose of freedom in the way we develop our societies.

Hoffer in his writing argued that honest labor gave purpose and dignity to a man. Hoffer’s ideas and thoughts confront our culture’s obsession with individualism, hedonism, and minimalism by portraying the value of industry in man.

Hoffer who was blinded as a youth for eight years due to a fall had an insatiable hunger for the reading of books; fearing he would lose his sight again. He was a modern example of what the man born blind in the gospel story life must have been like. Hoffer’s self-studies revealed to him the idea that the absence of self-esteem caused people to surrender themselves to causes and may have been the root cause of the mass movements of Hitler’s Germany and Stalin’s Russia. Hoffman argues that freedom offers man a means to self-esteem and may help us to understand the contributing factors in the current Islamic extremist movements.[2]

Next week we will be studying the character trait of resilience of Abraham Lincoln in the face of insurmountable odds.
[1] McCain, John and Salter, Mark. (2005) Character is destiny. Random House, New York
[2] Eric Hoffer. The True Believer: Thoughts on the Nature of Mass Movements.

Novena to the Holy Face begin on Wednesday Jan. 26th and end on Thur. Feb. 3rd going to First Friday the next day.

Blood of Christ, that flowed at the scourging