FEAST OF OUR HOLY GUARDIAN ANGELS Psalm 91, verse 5-6 5 You shall not fear the terror of the night nor the arrow that flies ...

be temperate, dignified, self-controlled, sound in faith, love, and endurance

Acts, Chapter 14, Verse 8-10
8 At Lystra there was a crippled man, lame from birth, who had never walked. 9 He listened to Paul speaking, who looked intently at him, saw that he had the faith to be healed, 10 and called out in a loud voice, “Stand up straight on your feet.” He jumped up and began to walk about.

Paul and Barnabas worked many signs and wonders. Yet the crowds focused on the healers rather than the source of the healer’s power, our loving God, and in turn treated the apostles as gods not hearing or receiving the faith. Pagans have trouble seeing except with the eyes. Paul stresses it is folly to worship men as gods and emphasizes the one living God who created all things and revealed himself through creation.[1]

Most people would say that as modern people we do not worship men and women as gods as the Greeks and Romans of Paul’s time. Yet, on reflection; think; for some Trump is a god or Hilary is. To some money, power and glory is their god’s. It is interesting to note Plato wrote about this. I was intrigued by Plato’s Book “Republic,” which argues that those who are stronger in any society, the rulers, control education and socialization through legislation and enforcement.” The reason for my intrigue was I just recently worked in an all-girls college prep and I had some difficulty in the inconsistencies there that were not congruent with my honor system. Yes, I agree the educational system does favor the wealthy. In addition I have recently been reading a book “How rich people think” it was very insightful in how middle class values and thought process are perpetuated in schools. I was also fascinated by Plato’s psychology or theory of the soul. Having recently interned in a urban high school with a high diverse student population I seen that it fundamentally catered to students desires which were of what he classified as appetitive; food, drink, sex and the money with which to acquire them. I reflected on this school in relation with the all-girls college prep which was a good example for catering to Plato’s spirited psyche; honor, victory, and a good reputation. Fortunately then I became acquainted with a smaller private catholic school which was a good example for Plato’s rational ones which pursues knowledge and truth; this school has had several students recently enter the religious orders. It was interesting to note that these three schools by their educational day to day approach had found their own educational niche. One taught the money lovers, one taught the honor –lovers and one taught the wisdom –lovers. From my experience many public schools are teaching to the money lovers and are not successful because students according to Plato have not been trained to socialize their appetites and they are not virtuous to any degree and act simply on their whims. I think that this was the situation that Principal Joe Clark found himself in the movie, “Lean on me” and he took the actions he needed to moderate the appetites of students then he educated them through physical education, a mix of reading and writing, dance and song as advocated by Plato. My philosophy would be to help students rise to their potential and cater to all three of Plato’s psyches. In addition I believe schools should help students break the cycle of poverty and help them get on track or be aware of the cycle of wealth and reach their true potential. I believe it would be interesting to explore the idea of creating a “Cycle of Educational Poverty” to see ways we are perpetuating poverty through education. 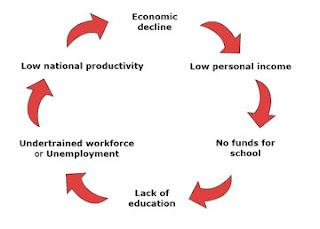 As you see our educational systems and media systems has left most of our children lame from birth; today like Paul you can do something about it with your vote.

Election Day refers to the day on which general elections in the United States are held.  Presidential elections are held every 4 years and the elected president will then be sworn in and take office the following January 20th, a day known as Inauguration Day. Election Day is always held on the first Tuesday in November in the US.

·         Elections held for federal offices only occur on even-numbered years.
·         There is no law in the Constitution or Federal mandate which requires electorates to vote in accordance with the popular vote of their state.
·         There are 538 Electoral College members. In order to win the vote for President of the United States, a candidate must obtain at least 270 of these votes.
·         Nobody will ever deprive the American people of the right to vote except the American people themselves and the only way they could do this is by not voting. - Franklin D. Roosevelt
·         Let each citizen remember at the moment he is offering his vote that he is not making a present or a compliment to please an individual--or at least that he ought not so to do; but that he is executing one of the most solemn trusts in human society for which he is accountable to God and his country. - Samuel Adams, The Writings of Samuel Adams, Harry Alonzo Cushing, editor (New York: G.P. Putnam's Sons, 1907), Vol. IV, p. 256.

Election Day Top Events and Things to Do


COURAGE FOR THE MODERN WORLD 2017