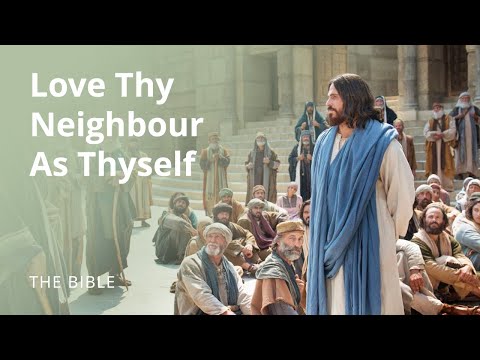 Sirach, Chapter 17, Verse 4
He put fear of them in all flesh, and gave them dominion over beasts and birds.

God has made us greater than the animals and lesser than the angels. Yet, God in his majesty gave us the power to co-create with Him the human race. Children are a gift they are to not to fear their parents like the animals do but children are to have holy fear of their parents which is to give them love and honor. Indeed the family is a physical representation of the Holy Trinity. It is interesting to note that God started the human race through a family (Adam and Eve) and Christ’s first miracle was at the wedding in Cana which is traditionally the Gospel for the second Sunday in ordinary time or the second Sunday after Epiphany.

Families are an essential part of God’s will for all of creation.

For as a young man marries a virgin, your Builder shall marry you; And as a bridegroom rejoices in his bride so shall your God rejoice in you. (Is. 62:5)

The fecundity of marriage

The gift of a child

2373 Sacred Scripture and the Church's traditional practice see in large families a sign of God's blessing and the parents' generosity.

2374 Couples who discover that they are sterile suffer greatly. "What will you give me," asks Abraham of God, "for I continue childless?" And Rachel cries to her husband Jacob, "Give me children, or I shall die!"

2375 Research aimed at reducing human sterility is to be encouraged, on condition that it is placed "at the service of the human person, of his inalienable rights, and his true and integral good according to the design and will of God."

2376 Techniques that entail the dissociation of husband and wife, by the intrusion of a person other than the couple (donation of sperm or ovum, surrogate uterus), are gravely immoral. These techniques (heterologous artificial insemination and fertilization) infringe the child's right to be born of a father and mother known to him and bound to each other by marriage. They betray the spouses' "right to become a father and a mother only through each other."

2377 Techniques involving only the married couple (homologous artificial insemination and fertilization) are perhaps less reprehensible, yet remain morally unacceptable. They dissociate the sexual act from the procreative act. The act which brings the child into existence is no longer an act by which two persons give themselves to one another, but one that "entrusts the life and identity of the embryo into the power of doctors and biologists and establishes the domination of technology over the origin and destiny of the human person. Such a relationship of domination is in itself contrary to the dignity and equality that must be common to parents and children." "Under the moral aspect procreation is deprived of its proper perfection when it is not willed as the fruit of the conjugal act, that is to say, of the specific act of the spouses' union . . . . Only respect for the link between the meanings of the conjugal act and respect for the unity of the human being make possible procreation in conformity with the dignity of the person."

2378 A child is not something owed to one, but is a gift. The "supreme gift of marriage" is a human person. A child may not be considered a piece of property, an idea to which an alleged "right to a child" would lead. In this area, only the child possesses genuine rights: the right "to be the fruit of the specific act of the conjugal love of his parents," and "the right to be respected as a person from the moment of his conception."

2379 The Gospel shows that physical sterility is not an absolute evil. Spouses who still suffer from infertility after exhausting legitimate medical procedures should unite themselves with the Lord's Cross, the source of all spiritual fecundity. They can give expression to their generosity by adopting abandoned children or performing demanding services for others.

Questions about the life and family values of TV talk show host Oprah Winfrey have surfaced after reports emerged that she has participated in both a pro-abortion conference and made a cameo appearance in a pro-homosexual television episode. Winfrey was the keynote speaker at a luncheon held by a group whose priority this year is to ensure that minors, without parental consent, maintain their access to contraceptives and abortion. Human Life International issued a press release objecting to Winfrey’s presence saying it lent great support to the anti-life agenda of the Georgia Campaign for Adolescent Pregnancy Prevention (G-CAPP), which arranged the luncheon at the Omni Hotel at the CNN Center in Atlanta, Ga., as part of its 5th annual conference-“Building Bridges: Preparing for the Future.” In describing one of the major functions of G-CAPP, its chair, activist Jane Fonda, the now-estranged wife of CNN mogul Ted Turner, has said: “One of our missions is to help people understand that just saying ‘no’ doesn’t work anymore.” Winfrey’s cameo appearance on the “coming out” episode of the TV show “Ellen” in 1997 has also raised concerns over promotion of homosexuality.

During this New Year let us take up the nature of God by reflecting on these traits that make us a model for our children and our sisters and brothers in Christ. Today reflect on:

Knowing what factors will diminish the effectiveness of my work or words if neglected (Proverbs 18:15)

175 "We guard with care the faith that we have received from the Church, for without ceasing, under the action of God's Spirit, this deposit of great price, as if in an excellent vessel, is constantly being renewed and causes the very vessel that contains it to be renewed."

1426 Conversion to Christ, the new birth of Baptism, the gift of the Holy Spirit and the Body and Blood of Christ received as food have made us "holy and without blemish," just as the Church herself, the Bride of Christ, is "holy and without blemish." Nevertheless the new life received in Christian initiation has not abolished the frailty and weakness of human nature, nor the inclination to sin that tradition calls concupiscence, which remains in the baptized such that with the help of the grace of Christ they may prove themselves in the struggle of Christian life. This is the struggle of conversion directed toward holiness and eternal life to which the Lord never ceases to call us.

2416 Animals are God's creatures. He surrounds them with his providential care. By their mere existence they bless him and give him glory. Thus men owe them kindness. We should recall the gentleness with which saints like St. Francis of Assisi or St. Philip Neri treated animals.