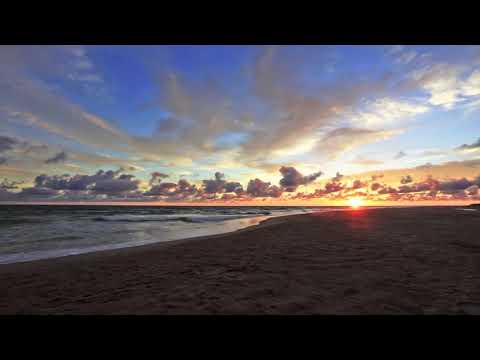 Numbers, chapter 22, Verse 2-3
2 Now Balak, son of Zippor, saw all that Israel did to the Amorites, 3 and Moab feared the Israelites greatly because they were numerous. Moab was in dread of the Israelites.

Fear is listed by many theologians as the 8th deadly sin. God in making us a Holy people wants us to be free of fear. Is it any wonder that people without faith are plagued by fear? Fear Dominates Politics, Media and Human Existence in America—And It’s Getting Worse according to Don Hazen.

People cannot think clearly when they are afraid. As numerous studies have shown, fear is the enemy of reason. It distorts emotions and perceptions, and often leads to poor decisions. For people who have suffered trauma, fear messages can sometimes trigger uncontrollable flight-or-fight responses with dangerous ramifications.

Yet over time, many interlocking aspects of our society have become increasingly sophisticated at communicating messages and information that produce fear responses. Advertising, political ads, news coverage and social media all send the constant message that people should be afraid—very afraid.

In addition, television and film are filled with extreme violence and millions of fictional deaths, far out of proportion to what happens in real life, as researchers have pointed out…All this, despite statistics indicating that in most parts of the country, the crime rate is actually on the decline.

Fear is so pervasive that experts have made the case we live in a generalized “culture of fear,” also the name of a book by Barry Glassner which underscores the fact that we often fear the wrong things, and incredibly out of proportion to reality. Statistics show you have a much higher chance of being killed by lightning than by a terrorist.[1]

Tomorrow is the traditional start of the January thaw; let us therefore take the advice of St. Francis and prepare ourselves for every communion.

St. Francis de Sales says that Our Savior can never be seen more amiable and more tender, in all that He has done for us, than in Holy Communion, in which He, so to say, annihilates Himself and becomes food, that He may unite Himself to the hearts and bodies of His faithful. Therefore, the learned Gerson used also to say, that there was no means more efficacious than Holy Communion whereby to enkindle devotion and the holy love of God in our souls. And, indeed, if we speak of doing something agreeable to God, what can a soul do more agreeable to Him than to receive communion?

St. Denis teaches us that love always tends towards perfect union; but how can a soul be more perfectly united with Jesus than in the manner of which He speaks Himself, saying: “He that eateth My flesh, and drinketh My blood, abideth in Me, and I in him” (John vi. 57) St. Augustine says that if every day you receive this sacrament, Jesus will be always with you, and that you will always advance in divine love. Again, if there be question of healing our spiritual infirmities, what more certain remedy can we have than Holy Communion, which is called by the sacred Council of Trent a remedy whereby we may be freed from daily faults, and be preserved from mortal sins?
Whence does it come, asks Cardinal Bona, that in so many souls we see so little fruit with such frequent communions, and that they constantly relapse into the same faults?

He replies: The fault is not in the food, but in the disposition of him who receives. Can a man, says Solomon, hide fire in his bosom, and his garments not burn? (Prov. vi. 27.)

God is a consuming fire. He comes Himself in Holy Communion to enkindle this divine fire; how is it, then, says William of Paris, that we see such a diabolical miracle as that souls should remain cold in divine love, in the midst of such flames?

All comes from the want of proper dispositions, and especially from want of preparation. Fire immediately inflames dry but not green wood; for this latter is not disposed to burn. The saints derived great benefit from their communions because they prepared themselves with great care. St. Aloysius Gonzaga devoted three days to his preparation for Holy Communion, and three days he spent in thanksgiving to his Lord. To prepare well for Holy Communion, a soul should be disposed on two main points: it should be detached from creatures and have a great desire to advance in divine love. In the first place, then, a soul should detach itself from all things, and drive everything from its heart which is not God. He that is washed, saith Jesus, needeth not but to wash his feet, but is clean wholly (John xiii. 10); which signifies, as St. Bernard explains it, that in order to receive this sacrament with great fruit, we should not only be cleansed from mortal sins, but that our feet also should be washed, that is, be free from earthly affections; for being in contact with the earth they excite a sort of repugnance in God, and soiling the soul prevent the effects of Holy Communion. St. Gertrude asked Our Lord what preparation He required of her for Holy Communion, and He replied I only ask that thou shouldst come empty of thyself to receive. In the second place, it is necessary in Holy Communion to have a great desire to receive Jesus Christ and His holy love. In this sacred banquet, says Gerson, only those who are famishing receive their fill; and the most Blessed Virgin Mary had already said the same thing: He hath filled the hungry with good things (Luke i. 53). As Jesus, writes the venerable Father Avila, only came into this world after He had been much and long desired, so does He only enter a soul which desires Him; for it is not becoming that such food should be given him who has a loathing for it. Our Lord one day said to St. Matilda: No bee flies with such impetuosity to flowers, to suck their honey, as I fly to souls in Holy Communion, driven by the violence of My love. Since, then, Jesus Christ has so great a desire to come into our souls, it is also right that we also should have a great desire to receive Him and His divine love by Holy Communion. St. Francis de Sales teaches us that the principal object which a soul should have in view in communicating should be to advance in the love of God; since He Who for love alone gives Himself to us should be received for love.

Complete My Joy[3]
The Strength to Suffer Well

103. It is strange. One hundred and twenty years ago, toothaches were awful. Life expectancy was twothirds what it is today. Physically, we now suffer less than any people in human history. We have Ibuprofen and Novocain. But there may be more family suffering than any other time in human history. This results in a gradual erosion of the ability to suffer well. Suicide rates, even among the young, indicate this. In a time when we are often able and even encouraged to indulge in every desire, it becomes increasingly difficult to bear with courage and resilience even the smallest sacrifice which love requires.

104. Marriage and family themselves are caught up in the fallenness of the world. They are no escape from the sufferings of life, but in Christ, they are filled with the grace to bear suffering well, and even with joy.

Many who would willingly let themselves be nailed to a Cross before the astonished gaze of a thousand onlookers cannot bear with a christian spirit the pinpricks of each day! Think, then, which is the more heroic.