Video of the day 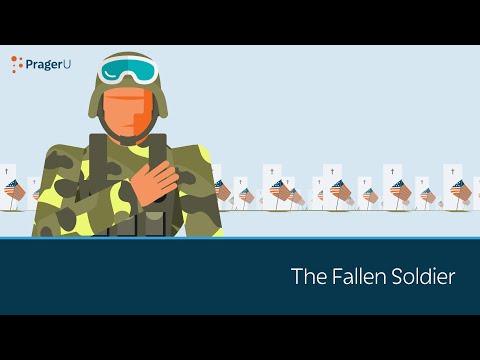 Introduction to the book of Micah[1]

This book consists of a collection of speeches, proclamations of punishment and of salvation, attributed to the prophet Micah which consists almost entirely of prophecies of punishment, and prophecies of salvation. The second section moves from prophecies of punishment to confidence in God’s salvation. Micah was a contemporary of the prophet Isaiah. His prophetic activity was during the reigns of three kings of Judah: Jotham, Ahaz, and Hezekiah. It identifies him as a resident of Moresheth, a village in the Judean foothills. Micah during the reign of Hezekiah went from his small town to proclaim the word of the Lord in the capital, and his announcements of judgment against Jerusalem moved the king and the people to repentance. Unlike Isaiah, who was a native of the holy city, Micah was an outsider from the countryside and must have been a controversial figure. He would have been unpopular with the leaders whom he condemned and the wealthy whom he criticized. He was quick to separate himself from priests and other prophets, whom he considered to be corrupt.

Tradition considers all of the words to be the recorded speeches of Micah, and some contemporary commentators agree. On the other hand, some modern scholars have thought of Micah as exclusively a prophet of doom, and therefore attributed as few as three of the seven chapters to him. The Book of Micah is focused on Jerusalem, Zion, and the Judean leadership. The Micah who speaks in this prophetic book knows the tradition that Zion is the Lord’s chosen place, but he is critical of the popular view that this election ensures the city’s security. Through the prophetic voice, the Lord announces the impending punishment of God’s people by means of military defeat and exile because of their failure to establish justice. After that punishment God will bring the people back to their land and establish perpetual peace. The will of God for human beings is that they do justice, love goodness, and walk humbly with God.

9 The LORD cries aloud to the city (It is prudent to FEAR your name!): Hear, O tribe and city assembly, 10Am I to bear criminal hoarding and the accursed short ephah?

Israel was the chosen people, yet they did not fear the Lord. God asks through the prophet a rhetorical question. Is He to bear criminal hoarding and cheating during the sale of goods?

We are to be sons and daughters of God. We must be generous as He is generous. A great example for us to aspire is Mother Teresa who showed us how mercy is the only way to find contentment through selflessness. “She chose to live amid squalor and sickness and desperation, endured hardship and endless toil, and might have been the happiest person on earth.” Mother did not flee from the Lord; nor did she fear anyone. When the Lord called her; she knew the call was authentic because it filled her with joy. The first counsel of Mother Teresa is to put your hand in His and walk all the way with Him. When you hear the call to follow follow. To Mother Teresa it was never more complicated than that. To her care of the dying was the purest expression of love.

Who around you are dying-physically, emotionally or spiritually? Love might not heal every wound of disease, but it heals the heart. Mother Teresa showed that rather than chasing ambition the greatest contentment comes from having a foundation of love. “She loved and was loved, and her happiness was complete.” [2]

Trusting in God in the midst of troubles. The example of St. Peter is given because of this Sunday's usual proximity to the Feast of Saints. Peter and Paul.*

WITH confidence in God’s fatherly protection, say, with the priest, in the Introit of the Mass, “The Lord is my light and my salvation, whom shall, I fear? The Lord is the protector of my life, of whom shall I be afraid? My enemies that trouble me have themselves been weakened and have fallen. If armies in camp should stand together against me, my heart shall not fear” (Ps. xxvi. 1-3).

Grant, we beseech Thee, O Lord, that the course of the world, by Thy direction, may, in our regard, be peaceful; and that Thy Church may rejoice in tranquil devotion.

Brethren: I reckon that the sufferings of this time are not worthy to be compared with the glory to come, that shall be revealed in us. For the expectation of the creature waiteth for the revelation of the sons of God For the creature was made subject to vanity not willingly, but by reason of Him that made it subject, in hope: because the creature also itself shall be delivered from the servitude of corruption, into the liberty of the glory of the children of God. For we know that every creature groaneth, and travaileth in pain even till now. And not only it, but ourselves also, who have the first fruits of the spirit: even we ourselves groan within ourselves, waiting for the adoption of the sons of God, the redemption of our body: in Christ Jesus our Lord.

There is no better consolation under crosses and afflictions than the thought that all the troubles of this world are not to be compared with the glory to come, and “that which is at present momentary and light of our tribulation worketh for us above measure exceedingly an eternal weight of glory” (Cor. iv. 17). And, therefore, St. Bede says: “If we had to bear for a while the pains of hell, it would not appear so hard, if thereby we might merit to see Christ in His glory, and to be added to His saints.”

At that time, when the multitudes pressed upon Jesus to hear the word of God, He stood by the lake of Genesareth. And saw two ships standing by the lake: but the fishermen were gone out of them, and were washing their nets. And going into one of the ships that was Simon’s, He desired him to draw back a little from the land. And sitting, He taught the multitudes out of the ship. Now when He had ceased to speak, He said to Simon: Launch out into the deep, and let down your nets for a draught. And Simon answering said to Him: Master, we have labored all the night, and have taken nothing: but at Thy word I will let down the net. And when they had done this, they enclosed a very great multitude of fishes, and their net broke. And they beckoned to their partners that were in the other ship, that they should come and help them. And they came and filled both the ships, so that they were almost sinking which when Simon Peter saw, he fell down at Jesus’s knees, saying: Depart from me, for I am a sinful man, O Lord. For he was wholly astonished, and all that were with him, at the draught of the fishes which they had taken. And so were also James and John the sons of Zebedee, who were Simon’s partners. And Jesus saith to Simon: Fear not: from henceforth thou shalt catch men. And having brought their ships to land, leaving all things, they followed Him.

Why did Our Savior teach the multitude out of the ship of St. Peter? That, as the ship is the figure of the Church, so we can receive the true doctrine from that Church only of which Peter was the head (John xxi. 15 17). Amid all storms Jesus has preserved, and will preserve, this ship of His Church, till the end of time (Matt. xvi. 18). Peter yet stands at the helm, in the unbroken line of his successors; Jesus yet teaches from the ship the same doctrines as before, by the mouth of bishops and priests, the assistants of St. Peter’s successors, and whoever hears them hears Him. Hear them, therefore, with willingness and docility.

What was signified by the great draught of fishes which the apostles took, by the command of Jesus, after they had labored the whole night in vain? To the disciples it was a type of their vocation, a pledge of their successful labors, and at the same time a lesson how to labor so as to gain fruits. The exceeding and wonderful abundance of the draught of fishes was to assure them that their zealous labors to save souls should, in like manner, be crowned with rich success. That, after laboring all the night in vain, they should at once take so many fish, when they let down their nets at the word of Jesus, was to be to them a lesson never to be forgotten, that they could work with blessing and success only by relying, not on their own skill and painstaking, but only on the might and blessing of the Lord.

What other lessons are to be drawn from this gospel? We learn that nothing has any value before God which is done from mere natural inclination and human respect, that our labors are without merit if not undertaken in the name of God, but that He does not permit the least work to be in vain when undertaken without hesitation, relying on His assistance and for His sake. That the disciples obeyed so quickly, teaches us to obey God at once, to spare no sacrifice, to leave all quickly, and not to put off till to-morrow what is to be done to-day. Finally, we may learn not to be proud of the success of our labor, but, like Peter, to give glory to God, Who does such great things, by cheerfully leaving all earthly things to follow Him.

·         Today in honor of the Holy Trinity do the Divine Office giving your day to God. To honor God REST: no shopping after SUNSET ON SATURDAY till Monday. Don’t forget the internet.