ST JOHN PAUL II Job, Chapter 21, Verse 9 Their homes are safe, without fear , and the rod of God is not upon them. With the... 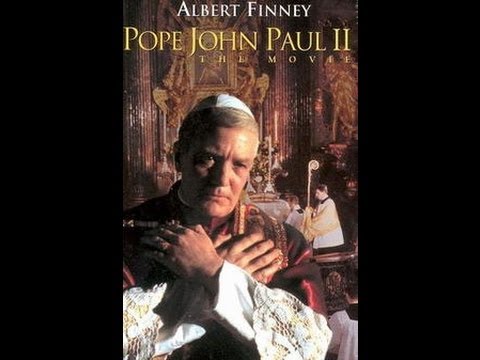 Introduction to the Epistle of Jude[1]

The book was written by Jude, the brother of James and Jesus (see Matt. 13:55; Mark 6:3, where “Judas” is the same in Greek as “Jude”). Jude was probably written in the mid-60s A.D. Considering the letter’s apparent Jewish perspective, Jude’s audience was probably Jewish Christians, or a mixture of Jewish and Gentile readers where the Gentiles were familiar with Jewish traditions.

Since Jude addresses a situation similar to the one addressed by 2 Peter and exhibits a literary relationship to Ch. 2 of that letter (Jude may have been a source for 2 Peter), the two letters are commonly dated in fairly close proximity, even though evidence for the date of writing within the book of Jude is sparse.

The church must defend the one true faith (v. 3). Believers must be faithful to the end by resisting false teachers and following the truth.

Jude warns against following false teachers who have infiltrated the church and are distorting the one true faith. Jude calls the church to defend the truth aggressively against such false teaching.

While the false teachers of Jude were profoundly libertine (morally unrestrained), it would be historically inaccurate to argue that they were Gnostics. This heretical sect (or group of sects) was influential primarily from the second century A.D. onward.

Jude accomplishes his purpose by drawing analogies with OT events, using the same principles of interpretation found in 2 Peter (and elsewhere in the NT). He also draws on Jewish apocalyptic traditions from nonbiblical literature (he refers to 1 Enoch and the Testament of Moses) in building his case. Thus, as literature, Jude has a distinctively Jewish flavor.

The format is of a NT epistle (letter), with its loose divisions of salutation, body, and closing. But the central unit of the letter (vv. 5–16) fits the style of a judgment oracle: it has an object of attack, an attack coming from several directions, a harsh tone, and an implied standard on which the attack is being conducted (“the faith that was once for all delivered to the saints”; v. 3). The description of those who left the faith (vv. 8–16) provides a picture of their character and actions. The use of images and allusions (e.g., to Sodom and Gomorrah and the archangel Michael) lends a poetic quality to the letter.

The writer displays horror over the apostasy and the false teachers who have caused it. The only NT passage that goes beyond Jude in these traits is Jesus’ denunciation of the religious leaders in Matthew 23. But this letter begins with the usual soothing notes of NT epistles, and in the last two verses it becomes one of the most moving benedictions in the NT.

These are blemishes on your love feasts, as they carouse FEARLESSLY and look after themselves. They are waterless clouds blown about by winds, fruitless trees in late autumn, twice dead and uprooted.

Jude is talking about people who only come to church for the food and drink or for social interaction. God will not be mocked. Maintain your life with God first then glory in Him with others. Remember God is your true spouse via the Holy Spirit. Love the Lord by spending time alone with Him.

Plan to make use of the US National Park Service and get out there where He can speak to you in that still small voice.

Max Oliva, in “The Masculine Spirit”[2] recommends a four-step process to the art of reflecting.

1.      Get to a special place of quiet for you where you are able to slow down as Christ stated, “Let us go off by ourselves to some place where we will be alone and you can rest awhile.” (Mark 6:31)

2.      Promote self-searching and look for deeper meanings. Look where you are vulnerable; surrender to Him. It requires faith to find Him.

3.      Are you afraid? Stay with the experience; be it painful or pleasant in order to discover its deeper meaning. You must pass through fear to find your true self. You must acquaint yourself with your dark side, your faults and vices. Hear the words of T.S. Eliot:

Old men ought to be explorers, Here and there does not matter, we must be still and still moving, into another intensity, For a further union, a deeper communion, Through the dark cold and the empty desolation, The wave cry, the wind cry, the vast waters, Of the petral and the porpoise. In my end is my beginning.

4.      Sharing is the last step, not the first. After you met Him share Him, with someone you trust that will take in your feelings and thoughts.