Job, Chapter 32, Verse 6 So Elihu, son of Barachel the Buzite, answered and said: I am young and you are very old; therefore I he... 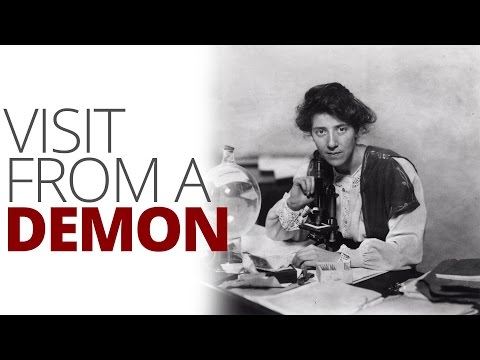 The First Epistle of John, often referred to as First John and written 1 John or I John, is the first of the Johannine epistles of the New Testament, and the fourth of the catholic epistles. There is no scholarly consensus as to the authorship of the Johannine works. The author of the First Epistle is termed John the Evangelist, who most scholars believe is not the same as John the Apostle. Most scholars believe the three Johannine epistles have the same author, but there is no consensus if this was also the author of the Gospel of John.

This epistle was probably written in Ephesus between 95 and 110 AD. The author advises Christians on how to discern true teachers: by their ethics, their proclamation of Jesus in the flesh, and by their love. The original text was written in Koine Greek. The epistle is divided into five chapters.

The main themes of the epistle are love and fellowship with God. The author describes various tests by which readers may ascertain whether or not their communion with God is genuine, and teaches that the proof of spiritual regeneration is a life of active righteousness. It also distinguishes between the world (which is full of evil and under the dominion of Satan) and the children of God (who are set apart from the world).

FATIMA MIRACLE OF THE SUN

There is no FEAR in love, but perfect love drives out fear because fear has to do with punishment, and so one who fears is not yet perfect in love.

Our Lord showed no fear of the money changers or the priests when He overturned the tables in holy zeal for the statutes of the Lord. Is the Holy Spirit moving you to make a real change today? Are you being called to be holier, stronger, more committed to God and better prepared for the trials and persecution of our world? Consider the message of The Holy League.

During the night of 12-13 October, it had rained throughout, soaking the ground and the pilgrims who make their way to Fátima from all directions by the thousands. By foot, by cart and even by car they came, entering the bowl of the Cova from the Fátima-Leiria road, which today still passes in front of the large square of the Basilica. From there they made their way down the gently slope to the place where a trestle had been erected over the little holm oak of the apparitions. Today on the site is the modern glass and steel Capelhina (little chapel), enclosing the first chapel built there and the statue of Our Lady of the Rosary of Fátima where the holm oak had stood. As for the children, they made their way to the Cova amid the adulation and skepticism which had followed them since May. When they arrived, they found critics who questioned their veracity and the punctuality of the Lady, who had promised to arrive at noon. It was well passed noon by the official time of the country. However, when the sun arrived at its zenith the Lady appeared as she had said she would.

I want a chapel built here in my honor. I want you to continue saying the Rosary every day. The war will end soon, and the soldiers will return to their homes.

"Will you tell me your name?"

I am the Lady of the Rosary.

"I have many petitions from many people. Will you grant them?"

Some I shall grant, and others I must deny. People must amend their lives and ask pardon for their sins. They must not offend our Lord anymore, for He is already too much offended!

"And is that all you have to ask?"

There is nothing more.

As the Lady of the Rosary rises toward the east, she turns the palms of her hands toward the dark sky. While the rain had stopped, dark clouds continued to obscure the sun, which suddenly bursts through them and is seen to be a soft spinning disk of silver.

From this point two distinct apparitions were seen, that of the phenomenon of the sun seen by the 70,000 or so spectators and that beheld by the children alone. Lucia describes the latter in her memoirs. After our Lady had disappeared into the immense distance of the firmament, we beheld St. Joseph with the Child Jesus and Our Lady robed in white with a blue mantle, beside the sun. St. Joseph and the Child Jesus seemed to bless the world, for they traced the Sign of the Cross with their hands. When, a little later, this apparition disappeared, I saw Our Lord and Our lady; it seemed to me to that it was Our Lady of Sorrows (Dolors). Our Lord appeared to bless the world in the same manner as St. Joseph had done. This apparition also vanished, and I saw Our Lady once more, this time resembling Our Lady of Carmel. [Only Lucia would see the later, presaging her entrance into Carmel some years later.] This would be the last of the apparitions of Fátima for Jacinta and Francisco. However, for Lucia Our Lady would return a seventh time, in 1920, as she had promised the previous May. At that time Lucia would be praying in the Cova before leaving Fátima for a girls boarding school. The Lady would come to urge her to dedicate herself wholly to God. As the children viewed the various apparitions of Jesus, Mary and Joseph the crowd witnessed a different prodigy, the now famous miracle of the sun.