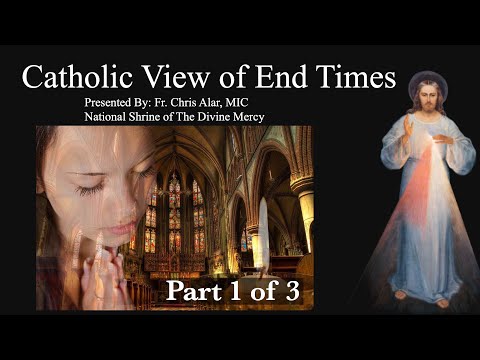 Happy those who always FEAR; but those who harden their hearts fall into evil.

Fear is a different verb than in the phrase “to fear (or revere) the Lord.” The verb means to dread an oppressor. The saying states a paradox: those who fear in the sense of being cautious are declared happy, whereas those who are fearless will fall into traps they did not “fear.” In short, there is good fear and bad fear.

Oppression of the Church[1]

WASHINGTON—Cardinal Daniel N DiNardo, of Galveston-Houston, President of the United States Conference of Catholic Bishops (USCCB), has issued the following statement in response to November’s 2017 mass shooting during a church service in Sutherland Springs, Texas.

"Earlier today, we heard of the mass shooting at the Baptist Church in Sutherland Springs, Texas.  With Archbishop Gustavo García-Siller, I extend my prayers and the prayers of my brother bishops for the victims, the families, the first responders, our Baptist brothers and sisters, indeed the whole community of Sutherland Springs. We stand in unity with you in this time of terrible tragedy—as you stand on holy ground, ground marred today by horrific violence. We ask the Lord for healing of those injured, His loving care of those who have died and the consolation of their families.

This incomprehensibly tragic event joins an ever-growing list of mass shootings, some of which were also at Churches while people were worshipping and at prayer.  We must come to the firm determination that there is a fundamental problem in our society. A Culture of Life cannot tolerate, and must prevent, senseless gun violence in all its forms. May the Lord, who Himself is Peace, send us His Spirit of charity and nonviolence to nurture His peace among us all."

To Pack or Not to Pack that is the question

The Catechism of the Catholic Church, in its section on the Fifth Commandment, has this to say on self-defense:

2263 The legitimate defense of persons and societies is not an exception to the prohibition against the murder of the innocent that constitutes intentional killing. “The act of self-defense can have a double effect: the preservation of one’s own life; and the killing of the aggressor…The one is intended, the other is not.”

2264 Love toward oneself remains a fundamental principle of morality. Therefore, it is legitimate to insist on respect for one’s own right to life. Someone who defends his life is not guilty of murder even if he is forced to deal his aggressor a lethal blow.

·       If a man in self-defense uses more than necessary violence, it will be unlawful: whereas if he repels force with moderation, his defense will be lawful…Nor is it necessary for salvation that a man omit the act of moderate self-defense to avoid killing the other man, since one is bound to take more care of one’s own life than of another’s.

2265 Legitimate defense can be not only a right but a grave duty for one who is responsible for the lives of others. The defense of the common good requires that an unjust aggressor be rendered unable to cause harm.

Guns not only protect people from being attacked, but they discourage people from even attempting such attacks. Part of building the Culture of Life involves discouraging and breaking down the Culture of Death. Guns in the hands of law-abiding citizens are part of that process. Not that I’m picturing a shooting war between the two cultures, but when people who are steeped in the Culture of Death are unable or unwilling to carry out their crimes because their victims are armed, then the Culture of Death is weakened. The crime is not committed, it doesn’t end up on the news, and other would-be-criminals don’t see it and aren’t inspired to do something similar. The violence which Cardinal Dolan rightly condemns is lessened by the presence of guns in the hands of ordinary citizens. Paradoxical, I know, but it’s been shown to work time and time again. Any honest researcher will tell you that when the law-abiding are armed, violence diminishes. If there is evil in the world, people will need to be armed, and Catholics should not be afraid to choose to carry weapons if they feel they need to.

I would say if you were trained and an expert in weaponry and decide to pack “I would keep it to myself” and pray you never have to use it. “Those who live by the sword will die by the sword.”

How are we to practice the First Saturday Devotion if there are no Masses on the first Saturday?

·       This presents no obstacle to the praying of the rosary and spending fifteen minutes keeping Our Lady company.

·       Since Jesus told Lucia that the confession could be within eight days or even longer still, our confessions can be made whenever possible as long as we make the intention.

·       Actual reception of Holy Communion will, of course, be impossible. Since heaven never demands what is impossible for us, a Spiritual Communion will be accepted until such time as Masses resume.

There are four elements of a Spiritual Communion:

1.     Make an act of faith. The key here is to express to the Lord our faith in His merciful love and His Real Presence in the Eucharist.

4.     Invite Jesus to come into our hearts spiritually.

Barbara (from Nicomedia) was the daughter of a pagan noble who worshipped false gods. Because of her striking beauty, her father enclosed her in a tower to hide her from the snares of men. Barbara vowed virginity, and during an absence of her father had a third window added to her quarters in honor of the Blessed Trinity; at the same time, she also adorned her bath with the sign of the holy Cross. Upon his return her father was so angered over these changes that a miracle was needed to save her life. She was presented before the magistrate, subjected to much torturing, and finally her own father wielded the sword that severed her head. Immediately God's vengeance struck him dead. The holy virgin is highly honored both in the East and the West as patroness of artillery men and of miners. She is especially invoked for preservation from sudden death. She is one of the "Fourteen Holy Helpers."

In the past, the following prayer to St. Barbara was often recited:

Saint Barbara, thou noble bride,
To thee my body I confide
As well in life as at life's end.
Come, aid me when I breathe my last,
That I may, ere here all is past,
Receive the Blessed Sacrament!

St. Barbara, one of the Fourteen Holy Helpers, is the patron saint of artillerymen, miners, and a happy death. Though her feast on December 4 obviously belongs to the cycle of saints and not to the temporal cycle of Advent, there is a custom observed in her honor that ties into the meaning of the Advent season. A Barbara branch is the name given to a twig that is broken from a fruit tree (especially cherry), placed in a bowl of water, and kept in a warm, well-lit part of the house, such as the kitchen. According to legend, if the Barbara branch blooms on or before Christmas Day, good luck will come to the person whose branch it is. Aside from this harmless superstition, Barbara branches are reminiscent of the image from Isaiah of Christ as a Flower from the root of Jesse (Is. 11.2; the Epistle for Advent Ember Friday); they can thus be instructive in teaching children the meaning of Advent and Christmas. They are also used as the Saint's tribute to the Christ Child in the manger, lovingly placed in the crèche when they have blossomed.

·       Celebrating for the Feast of St. Barbara. See also Painting Angels, Saints and Their Symbols for a description of St. Barbara's symbols.

-        Read about the German custom of St. Barbara's Twig, where every member of the family puts a small cherry or peach branch into water so that it will blossom on Christmas. If you have a young lady in your home desiring marriage, the custom of St. Barbara's Cherry Twigs will have St. Barbara pick the right husband for young unmarried girls. An alternative idea to this custom would be forcing Amaryllis or other bulbs to bloom for Christmas. Start the bulbs today!

·       Read about Barbórka, Miners Day, which is celebrated in Poland and other European countries.

Jesse Tree Scriptures (The Symbols Are Only Suggestions)

·       Unite in the work of the Porters of St. Joseph by joining them in fasting: Today's Fast: Increase of the faithful

·       Saturday Litany of the Hours Invoking the Aid of Mother Mary