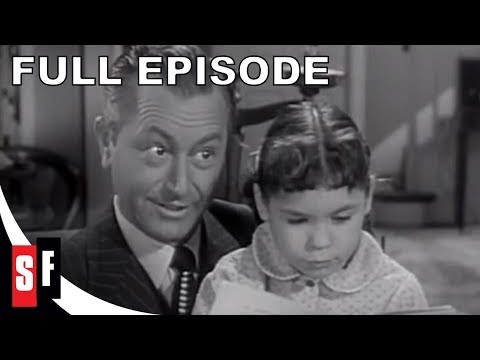 See, the eyes of the LORD are upon those who fear him, upon those who hope for his kindness, to deliver them from death and preserve them in spite of famine

Judith, Chapter 16, Verse 15-16
15 For the mountains to their bases are tossed with the waters; the rocks, like wax, melt before your glance. “But to those who fear you, you will show mercy. 16 Though the sweet fragrance of every sacrifice is a trifle, and the fat of all burnt offerings but little in your sight, one who fears the Lord is forever great.

With victory come the spoils of war and Judith as Heroin of the people get the spoils from Holofernes tent. She is rich indeed but because she is truly a servant of God; all of the booty she receives she keeps none sending it all to the temple in Jerusalem.

“Only those that see the invisible can do the impossible.” Tyrese

Victory[1]
·         Material gains from victory are turned back to God.
·         People’s joy and exultation are also returned to God in celebration.
·         The Lord is God; he crushes warfare.
·         The Lord shatters the enemy by a women’s hand.
·         Yahweh sends heroes to deliver the people when they cry out for help. The victory of Judith confirms that premise.
·         Judith’s victory is symbolic of God’s victory over evil, preservation of the sanctuary, and the deliverance of the people.
·         The beheading of Holofernes is the symbolic defeat of the devil. Judith is a precursor of Mary the Lord’s mother who will defeat the devil as he defeated Eve our first mother.
·         God’s message in Judith is when you face evil beyond your strength; persevere in hope.

Judith gave all her wealth to the temple of Jerusalem; Mary, Queen of heaven gave us her Son to complete the work of God making our bodies and soul the true temple of the Lord. Today’s Saint St. Josemaria founded Opus Dei whose goal is to aid us in being a living temple for God.

Work, family life, and the ordinary events of each day are opportunities for drawing close to Christ, and making Him known to others. As the Second Vatican Council taught, every baptized person is called to follow Christ closely, by living according to the Gospel and making its teachings known to others. The aim of Opus Dei is to contribute to that evangelizing mission of the Church, by fostering among Christians of all social classes a life fully consistent with their faith, in the middle of the ordinary circumstances of their lives and especially through the sanctification of their work. The following are some of the main features of the spirit of Opus Dei:


·         “Divine filiation is the foundation of the spirit of Opus Dei,” said its founder, Saint Josemaría Escrivá. A Christian is a child of God by virtue of baptism. Thus the formation provided by the Prelature seeks to foster among the Christian faithful a deep awareness of their being children of God, and helps them act accordingly. It fosters confidence in divine providence, simplicity in their dialogue with God, a deep awareness of the dignity of each human being and of the need for fraternity among all people, a truly Christian love for the world and for all human realities created by God, and a sense of calm and optimism.
·         Ordinary life. “It is in the midst of the most material things of the earth that we must sanctify ourselves, serving God and all mankind,” said Saint Josemaría. The family, marriage, work – all of our activities – are opportunities for drawing close to and imitating Jesus, trying to practice charity, patience, humility, diligence, integrity, cheerfulness, and all the other human and Christian virtues.
·         Sanctifying work means to work with the spirit of Christ, to work competently and ethically, with the aim of loving God and serving others, and thus to sanctify the world from within, making the Gospel present in all activities whether they be outstanding or humble and hidden. In the eyes of God what matters is the love that is put into work, not its human success.
·         Prayer and sacrifice. The formation given by Opus Dei encourages prayer and sacrifice in order to sustain the effort to sanctify one’s ordinary occupations. Thus members strive to incorporate into their lives certain practices of Christian piety, such as prayer, daily Mass, sacramental confession, and reading and meditating on the Gospel. Devotion to our Lady occupies an important place in their hearts. Also, in striving to imitate Christ, they try to acquire a spirit of penance by offering up small sacrifices, particularly those that help them fulfill their duties faithfully and make life more pleasant for others, such as renouncing small pleasures, fasting, almsgiving, etc.
·         Unity of life. Saint Josemaría explained that Christians working in the world should not live “a kind of double life. On the one hand, an interior life, a life of union with God; and on the other, a separate and distinct professional, social and family life.” On the contrary: “There is just one life, made of flesh and spirit. And it is this life which has to become, in both soul and body, holy and filled with God.”
·         Freedom. The members of Opus Dei are ordinary citizens who enjoy the same rights and are subject to the same obligations as any other citizen. In their professional, family, political, financial or cultural activities, they act with freedom and personal responsibility, not involving the Church or Opus Dei in their decisions, nor presenting those decisions as the only Catholic solutions. This implies respecting the freedom and the opinions of others.
·         Charity. To meet Christ is to find a treasure that one cannot stop sharing. Christians are witnesses to Jesus and spread his message of hope among their companions, with their example and their words. “Side by side with our colleagues, friends and relatives and sharing their interests, we can help them come closer to Christ,” wrote Saint Josemaría. The wish to make others know Christ, which is a direct consequence of charity (that is, love of God above all things and of one’s neighbor as oneself), cannot be separated from the desire to contribute to finding solutions to the material needs and social problems of one’s surroundings.

Today serves to draw awareness to the need for action and cooperation in order to achieve a drug-free world.  Illicit drugs and their trafficking pose a large health threat to humanity. Drug problems and dependencies put a great deal of pressure on health care systems and constitute a threat to the safety and well-being of humans all around the globe. Long-term drug abuse has been linked to poor general health, contraction of diseases through needle sharing, trouble with the law, poor self-hygiene and alienation from loved ones, psychological illnesses and death from overdose. In December 1987, the International Day Against Drug Abuse and Illicit Trafficking was designated by the United Nations. It is celebrated annually on June 26, a symbolic day that commemorates the dismantling of the opium trade in Guangdong. The day also serves as an opportunity for Member Nations to reaffirm their support for UN Conventions that attempt to control the world's drug supply.

·         The theme for 2015 International Day against Drug Abuse and Illicit Trafficking was Lets Develop - Our Lives - Our Communities - Our Identities - Without Drugs.
·         The UN estimates that in 2007, the value of the illegal drug trade is 322 billion dollars per year.
·         Approximately 51 billion dollars is spent on the war on drugs in the US every year.
·         40% of all violent crimes occur under the influence of alcohol.
·         No one is immune from addiction; it afflicts people of all ages, races, classes, and professions. – Patrick J. Kennedy, American democratic politician and former US representative for Rhode Island.
Top Events and Things to Do

·         Donate to one of the many addiction and substance abuse recovery charities. http://nccatoday.org/
·         Watch a movie on the perils of the war on drugs on society, government and the citizens involved. Some suggestions are: Dallas Buyers Club (2013), Sicario (2015), Requiem for a Dream (2000), Christiane F (1981) and Blow (2001).
·         Attend the World Drug Report 2016, which is organized by the United Nations Office on Drugs and Crime, by watching the webcast online.
·         Spread awareness by using the hashtags #InternationalDayAgainstDrugAbuseandIllicitTrafficking, #saynotodrugs and #warondrugs on social media.
·         Read a book on the dangers of drug use and the problems with the war on drugs. Some suggestions are: Smoke and Mirrors, Chasing the Scream, and Drug Wars.