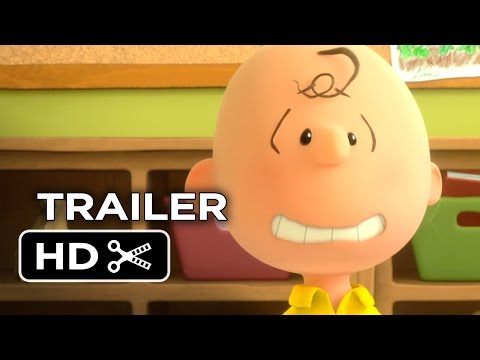 I write this on September 12, 2021. This is the day after the 20th anniversary of the 9-11 terrorism attack on our nation.
On September 11, 2001, Todd Beamer was on board Flight 93. Along with his fellow passengers, he was instrumental in thwarting the terrorists plans to destroy the Capitol or White House, and murder more Americans. Todd managed to make a phone call from the plane to an Airfone operator, ultimately speaking with Lisa Jefferson. After praying with her, his last words heard by her echo in our minds. It's the rallying cry of those who would not submit: "Are you guys ready? Let's Roll."
Todd Beamer became one of the many iconic heroes of 9-11. On 9-12, it seemed the whole nation moved into "hero mode." We all set aside our petty differences, and became "United."
But, here is the "hard truth" ...
Hard times make hard men.
Hard men make good times.
Good times make soft men.
We're in the stage that soft men make hard times.
We got soft; we let our guard down, and evil was emboldened to advance, under our watch ...
Since early 2020, this is a country on the edge: a global pandemic; violent protests, vandalism and looting; destruction of Church, state and private property; rejection of the heritage of our nation; heresy against the Catholic Church; withdrawal of support for law enforcement; as well as calls for socialism, communism and anarchy. Spiritual Battle has intensified with the forces of evil becoming even more extreme in their advocacy of unrestricted abortion and a radical rebellion against God's creation of man, woman and the sanctity of marriage and family; accompanied by open hostility against all who do not share their unholy beliefs. These are historic times.
The good news is that these "hard times" are, indeed, making for "hardened" men and women who no longer want to just sit by and allow evil to reign.
It is more than interesting that in today's Gospel, Jesus models His willingness to face suffering, sacrificing and persecution. Peter rebukes Jesus, as he advocates for an "easier path." In His rage, Jesus rebukes Peter with, "Get behind me, Satan. You are thinking not as God does, but as human beings do." God needs "hardened" men and women who are willing to face, head on, the challenges necessary to defeat the enemy.
It's no coincidence that we are about to honor the 450th Anniversary of the Battle of Lepanto on October 7, 2021. The year was 1571, and Christianity was weak and divided; soft, like it is today. The Turks saw this as "their time" to move in and take control. Pope Pius V called upon Don John of Austria to rally the remnant armies. We are all going to need to get out and "do our part" in the secular realm to push back on this evil infiltration. I know of many who are already making sacrifices and, thereby, making a difference in the secular realm. "Netflix will just have to wait," these heroes say.
But, the key to victory in the Battle of Lepanto was the power of Our Lady's intercession sought through the most powerful of all supernatural weapons: The Rosary.
Now is the time to get into a state of grace, discern how God wants to use you in the secular realm, and for all of us to unite in calling out to the Blessed Mother through the Rosary.
"Are you guys ready? Let's Roll."

Here's where and when the "Remnant Armies" will join forces ...
Rosary Coast to Coast takes place on Sunday, October 10 at 3pm CST. Rosary rallies are encouraged to be in public places and pray the Rosary simultaneously across the country. Try to grow your group, but even two people constitutes a "group." Those who cannot gather in public are encouraged to join in from wherever they are.
Go to rosarycoasttolcoast.com to register your October 10 "Rosary Rally." "Are you guys ready? Let's Roll."
"I wholeheartedly endorse the Novena for Our Nation and the Rosary Rally... I urge as many as are able to participate in these great spiritual works for the sake of our entire nation."
Cardinal Raymond Burke
"May there arise a new movement of people who courageously will pray the Rosary in public places. May "Rosary Coast to Coast" bring to all citizens of the United States, to the people people with governmental responsibilities, to all faithful Catholics, to priests and bishops a spiritual grace-filled rain of roses."
Bishop Athanasius Schneider
"I am 100% supportive of the Rosary Coast to Coast movement! Our world is in major trouble and we need to turn to the prayer that Our Lady has most insistently asked us to pray in all of her recent approved apparitions: the holy rosary."
Fr. Donald Calloway
"If my people, who are called by my name, will humble themselves and pray and seek my face and turn from their wicked ways, then I will hear from heaven, and I will forgive their sin and will heal their land."
- 2 Chronicles 7:14
at September 12, 2021