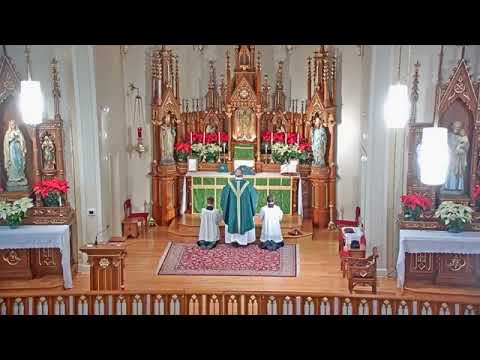 Sunday, November 20, 2016 The Solemnity of Our Lord Jesus Christ, King of the Universe

Romans, Chapter 1, Verse 5-8
5 Through him we have received the grace of apostleship, to bring about the obedience of faith, for the sake of his name, among all the Gentiles, 6 among whom are you also, who are called to belong to Jesus Christ; 7 to all the beloved of God in Rome, called to be holy. Grace to you and peace from God our Father and the Lord Jesus Christ. 8 First, I give thanks to my God through Jesus Christ for all of you, because your faith is heralded throughout the world.

Christ has called all of us as Paul states to holiness and apostleship.

The Challenge of Apostleship[1]

"The apostolate of the laity derives from their Christian vocation and the Church can never be without it." These words come from the opening lines of the “Decree on the Apostolate of the Laity” (Apostolicam Actuositatem). This particular document on the laity shows that the Church is dependent on the apostolate of all people. But the term “apostolate” seems so daunting; clearly the word is rooted in the idea of being an apostle. I tend to think back to the Twelve Apostles, which creates a certain amount of anxiety. How can I even think about living up to the great examples of these twelve?  Yet they are our example, and our apostleship is essential to the life of the Church. In the Church we tend to use the word apostle quite a bit and in many different ways. It appears in terms such as: apostolic, apostolate, and apostleship. To find a secular answer, I looked up the word “apostle” in a Merriam-Webster dictionary. In using a dictionary, my hope was that I might come to a better understanding of what it means to be an apostle.  The first definition that I came across for apostle was "one sent on a mission." This first meaning really helps expand the idea of the New Evangelization in simple terms. The discovery of this definition led me to formulate the following question: "What is our mission as baptized Catholics?" This is a very important question that has been the subject of major debate. A simple answer is that we are called to go out into the world around us and proclaim the Good News of our Lord, Jesus Christ. How this is accomplished is a decision that must be made by each one of us. We must find our own niche in the greater mission of Christ. We have been given a divine mission that we must go out and complete.

Indeed we all are called to be fishers of men; the Lord calls all; truly we are not powerless for He gives us his very flesh that we may become Christ to everyone we encounter.

The most holy council, then, earnestly entreats all the laity in the Lord to answer gladly, nobly, and promptly the more urgent invitation of Christ in this hour and the impulse of the Holy Spirit. Younger persons should feel that this call has been directed to them especially and they should respond to it eagerly and generously. The Lord renews His invitation to all the laity to come closer to Him every day, recognizing that what is His is also their own (Phil. 2:5), to associate themselves with Him in His saving mission. Once again He sends them into every town and place where He will come (cf. Luke 10:1) so that they may show that they are co-workers in the various forms and modes of the one apostolate of the Church, which must be constantly adapted to the new needs of our times. Ever productive as they should be in the work of the Lord, they know that their labor in Him is not in vain (cf. 1 Cor. 15:58).


Our Lord Jesus Christ, King of the Universe[3]

The Feast of Christ the King was established by Pope Pius XI in 1925 as an antidote to secularism, a way of life which leaves God out of man's thinking and living and organizes his life as if God did not exist. The feast is intended to proclaim in a striking and effective manner Christ's royalty over individuals, families, society, governments, and nations. Today's Mass establishes the titles for Christ's royalty over men: 1) Christ is God, the Creator of the universe and hence wields a supreme power over all things; "All things were created by Him"; 2) Christ is our Redeemer, He purchased us by His precious Blood, and made us His property and possession; 3) Christ is Head of the Church, "holding in all things the primacy"; 4) God bestowed upon Christ the nations of the world as His special possession and dominion.


COURAGE FOR THE MODERN WORLD 2017