Meet the Bible's freedom-fighting, plague-inducing, show-stopping revolutionaries: Moses, his brother Aaron, and of course, God that's ready to set the Israelites free from the bonds of slavery in Egypt. On the road, it will rain fire, bread, and commandments.

Traditionally, Exodus was thought to have been written by Moses himself, but it is most likely an amalgamation of texts—like almost everything else in the Bible—put together between 400 and 600 BCE. Whatever you believe, Exodus is a pivotal moment; it is about a community trying to redefine itself as the ancient world underwent huge changes.

Around this time, the Greeks were at the highest point of their culture, and the Romans were getting started. The Greeks worshipped Zeus while Exodus was being ready.

Written in Hebrew, Exodus is a combination of national narrative—the stories that help identify a country—and straight-up law. The day your people went from slavery or oppression to freedom is the day that your culture became, well, your culture. For the Israelites, being freed from Egypt and taking on the covenant with God was huge politically, socially, economically, and religiously. It is the perfect storm of big moments.

A quick note about the historical Exodus. Archaeologically, there is no evidence for a mass migration of people on the scale the Bible describes. For us (and for you), this is nearly irrelevant; no matter what happened, the stories in this book have had an enormous amount of social impact on Western culture. Like it or not, the stories—not the historicity—are what wield the power.

What is Book of Exodus About and Why Should I Care?

The Exodus story shapes the entire rest of the Bible. Because it is such a pivotal moment in Israelite culture, the story, the rules, and the aura reverberate throughout the rest of the book. It is the point at which God and the Israelites—the two biggest characters of the Hebrew Bible—get to know each other.

But what about Genesis? Isn't that the biggest, most defining book? No-Exodus. Take a minute to think about what a book like Genesis does; it is a collection of stories, myths, and legends, right? But Exodus takes those themes and vaults them onto a much larger stage. God does not help out one family—he helps out a nation. The Ten Commandments do not apply to just Abraham, Isaac, or Jacob—they apply to all the Israelites. We are going from family-centered to nation-centered, just like that.

And the rest of the Hebrew Bible will be concerned with this issue: how to get God to participate in Israelite life. This is the crash course on what God is like in the "flesh," what his rules are, and how he acts in public places. The whole Hebrew Bible is concerned with God's relationship with the Israelites, and it all starts right here.

The midwives, however, FEARED God; they did not do as the king of Egypt had ordered them, but let the boys live.

The book of Exodus retells the story of the leaving of the children of Abraham from the land of Egypt. God blessed Abraham’s descendants and they prospered and overpopulated the land. Egyptians then oppressed the Israelites and took action to control their population by commanding midwives to kill the male children born to the Israelite’s.

Nothing ever changes it seems the midwives, were the king of Egypt’s version of our Planned Parenthood. Yet, they the midwives feared God more than the King and spared life. I do not think anyone in the Planned Parenthood organization has any fear of God. The midwives of Egypt were ordered to kill only the male children of the Israelites. In our modern world I wonder who the equivalent of the King of Egypt is. I wonder who or what sex and races are the equivalents of the Israelite children?

Let us pray that those within the Planned Parenthood organization and those who support the existence of organizational weapons for the destruction of innocent unborn life may have an awakening to the voice of conscience and fear God: thus, preserving life first, then liberty and then the pursuit of happiness. For is not life more, precious than liberty; and is not liberty more precious than the pursuit of wealth. It can be in no other order. As a people and as a nation we have dulled our consciences for too long; therefore, the soul of this nation can find no peace. We like the midwives of ancient Egypt must fear God more than Pharaoh. Then and only then will our consciences as a people become unsullied and we will have the strength, courage, and loyalty to follow what is right.

Five consecutive Saturdays in reparation to the Immaculate Heart of Mary

The practice of the First Saturday devotion was requested by Our Lady of Fatima, who appeared to three shepherd children in Fatima, Portugal, multiple times starting in 1917. She said to Lucia, the oldest of the three children: “I shall come to ask . . . that on the First Saturday of every month, Communions of reparation be made in atonement for the sins of the world.” Years later she repeated her request to Sr. Lucia, the only one still living of the three young Fatima seers, while she was a postulant sister living in a convent in Spain: “Look, my daughter, at my Heart, surrounded with thorns with which ungrateful men pierce me at very moment by their blasphemies and ingratitude. You at least try to console me, and say that I promise to assist at the hour of death, with the graces necessary for salvation, all those who, on the first Saturday of five consecutive months, shall confess, receive Holy Communion, recite five decades of the rosary, and keep me company for 15 minutes while meditating on the 15 mysteries of the rosary, with the intention of making reparation to me.”

There are five requirements to obtain this promise from the Immaculate Heart of Mary. On five consecutive first Saturdays of the month, one should:

1. Have the intention of consoling the Immaculate Heart in a spirit of reparation.

2. Go to confession (within eight days before or after the first Saturday).

5. Meditate for 15 minutes on the mysteries of the Holy Rosary with the goal of keeping Our Lady company (for example, while in church or before an image or statue of Our Lady).

Read How to Make Your First Saturday Rosary Meditation According to Sr. Lucia

Our Lord appeared to Sr. Lucia on May 29, 1930 and gave her the reason behind the five Saturdays devotion. It is because there are five types of offenses and blasphemies committed against the Immaculate Heart of Mary:

1. Blasphemies against the Immaculate Conception

2. Blasphemies against Our Lady’s perpetual virginity

3.  Blasphemies against her divine maternity, in refusing at the same time to recognize her as the Mother of men

4.  Blasphemies of those who publicly seek to sow in the hearts of children, indifference or scorn or even hatred of their Immaculate Mother

5.  Offenses of those who outrage Our Lady directly in her holy images

Never think that Jesus is indifferent to whether or not His mother is honored!

Reflect today on what it took to make Christ the gentle shepherd of our souls! 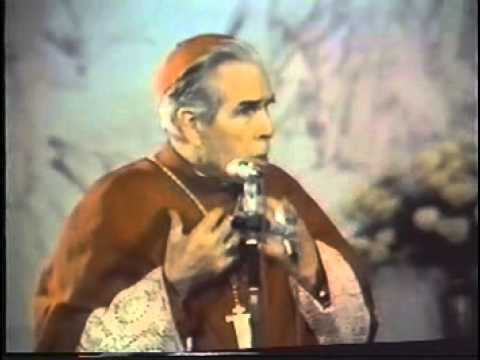